On a recent trip that I had to take I was struggling with finding an affordable car rental. Prices were astonishing compared to what I had paid in the past. I stumbled upon Kyte while looking for a rental car, and while I have heard of it I have never used it. Here is my 100% honest Kyte car rental review.

I was looking to make a trip to Illinois, more specifically Chicago, and with the current rental car market prices I was looking at $400 on the lowest end from a car rental agency I do not like to use. That is when I came across Kyte, which looked like it had much more affordable options.

For the Chicago area there are three main types of vehicles that you can book. The cars are economy, sedan, or an SUV. All have a different daily price associated with it. At the time it was $24.99/day for the economy car or the sedan and $28.99/day for the SUV. This does not include coverage, delivery fee, and taxes.

Even factoring in the additional fees I knew that this would end up being a better deal so I created an account on the website, added my driver license and payment information and selected the economy car as I wasn’t going to be driving a lot. In total for my 5 day car rental after taxes and fees my total came to $182.98, less than 50% of the total I would’ve paid at my original car rental company.

Kyte offers both damage cover and liability coverage charged for additional fee during the booking process. These can be optional for some people. If you have a credit card that covers rental car insurance this would be sufficient for damage cover. Liability coverage is still required, but if you have a personal car you are eligible to use your own.

One of the best things about Kyte rental is the toll fees. Lots of other rental companies charge ridiculous fees to use toll passes or platepass. Illinois has pretty much removed all cash tolls and requires the use of the automated toll lane. Kyte does not charge any administrative fees for tolls, they just pass on the cost of what the toll costs.

I was flying into O’hare International Airport, and had tried to book my Kyte rental car from that location. While they can’t actually drop it off at the airport (I am sure this has to do with fees and taxes), they did have an “airport” pick up location.

This was about a 20 minute ride on the Blue Line, which cost me $2.50. I had scheduled an early pick up time of 7:00 am, which made me a bit nervous. As I was on the train I received a text that my surfer (surfer is the term they use for the person delivering/picking up the car) was on their way and would meet me. They were right on time and had an arrival ETA of 6:55am.

I met with my surfer who texted me that they had just parked. They required a photo of my drivers license and for me to sign the rental agreement. Once I had signed that the keys were handed over to me and the rental agreement showed up a few minutes later in my email.

I thanked the surfer as they walked away down into the entrance of the train station and I was on my way.

Dropping off my rental car was just as easy as picking up. I had received a text message the morning of my drop off that reminded me I could change my drop off time up to two hours before it was originally scheduled. Although I didn’t need this, I found the feature nice as things do come up.

I was about 10 minutes early to my drop off location and waited until I received a text from my surfer that he was arriving at the location. He knew exactly what car I was in and presented himself right away. He took pictures of the car from all sides and then said everything looked good. I handed him the keys and away he went.

I headed back into the train station and took the train back to the airport where I departed on my flight back home.

The first major drawback for me when booking from Kyte was that I wouldn’t be able to pick up from the airport, but after this trip that has changed my mind. If you have been to Chicago you know that you have to take the SkyTrain (or the bus when the train isn’t working) to the rental car facility and it is usually busy.

Even with the 20 minute train ride from the airport to the meeting location the pick-up process was fast and quick. All of my extras had been selected before and a million questions weren’t asked to me.

The had no major issues, it was obvious that it had been used for a while and had general wear and tear. Drop off was easy and it was nice to receive my toll charges about a week after with no additional fees that some car rental companies charge.

I had a positive experience with Kyte in Chicago, and can’t wait to try to see if I have similar experiences in other cities they operate in. 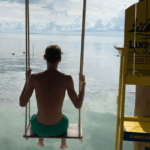 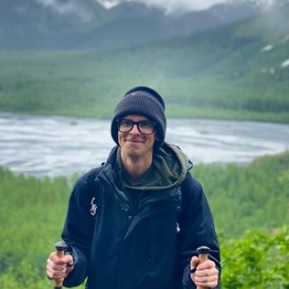 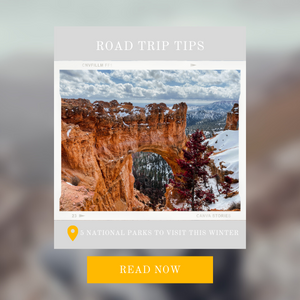